A classic example (probably), and some great pictures, of catalyzed finish drying before it hits the workpiece — and advice on prevention. November 11, 2008

Question
I'm spraying ML Campbell Magnamax clear lacquer finish and having problems with it. As a sealer it sprayed fine, but for some reason on my second and third coatings, I'm getting terrible spray patterns from it. I've sprayed it before, even Krystal, which is even more of a pain to spray and never had issues like this before. It's almost as if this stuff is drying instantly as I'm spraying it and it isn't staying wet (and I mean within seconds.) If I spray one area, the overspray and air from the gun seems to dry up the next, leaving white areas as shown to the right. This is a pre-cat finish and the person who prepared it wasn't the dealer's normal lacquer guy, he was out. Do you think he added too much catalyst to it? Humidity, temp is all good - no problems before, just with this gallon. I've tried spraying heavier volume and lower air pressure, played with it, and get consistently poor results. I will consult the dealer, but wanted to get a second opinion before I do. 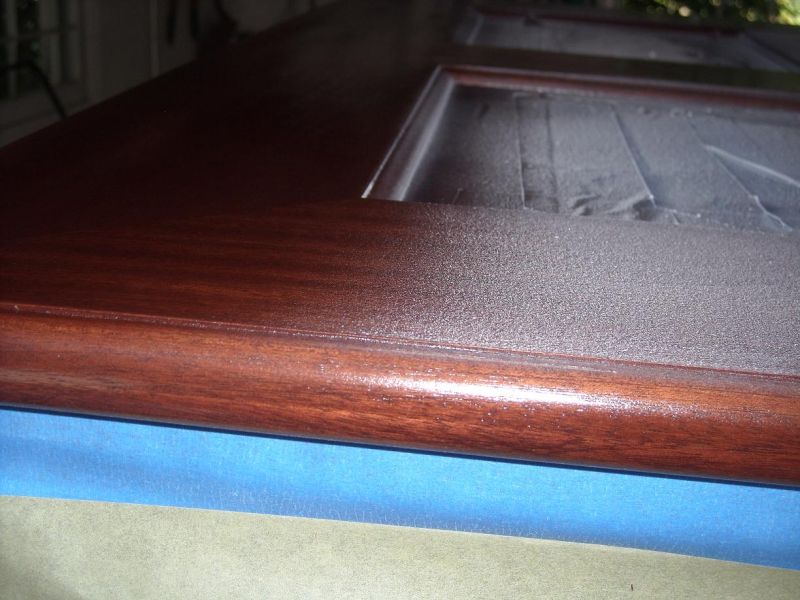 Forum Responses
(Finishing Forum)
From contributor R:
I just sprayed 15 gallons of Magnamax in the last week. I too noticed the quick dry characteristic, especially since I was completing a raised panel library on site with 10 foot ceilings. I had to reduce with retarder. Was told that up to 15% was okay. I spray with a Kremlin 10:14 with an MVX and use .09-114 tip or .12-112 and had to move very fast, and still had to mask off sections and complete later. Also, I was using Magnamax Satin and did notice that the sheen level did shoot up a notch, but not quite a semi-gloss! MLC also makes a product called Flow Enhancer #2 C163 which may help. I think I should have used a waterborne for this library!


From contributor P:
That's an excellent example of dry spray. The finish is drying before it hits the surface, which causes the very coarse texture and white colored dust. Usually reducing the atomization air pressure is the first step to fix the problem. Thinning the finish and adding a little retarder is the next step. Try thinning the lacquer a total of about 10 - 15%; 10% regular thinner and 3-5% retarder (e.g., butyl cellosolve or MAK). I generally keep the retarder content at 3% max. If you're using Campbell's Care retarder, you may need as much as 10%. I haven't looked up the contents for their retarder, but on the few occasions I used it, I noticed small quantities weren't as effective as butyl cellosolve or MAK.

From contributor D:
It doesn't look like dry spray to me. It looks like there's a recoat window problem. Your subsequent coats of finish are causing the finish underneath to wrinkle.

To see if you have a defective batch of finish, lay some out on a sheet of glass. Let it flash and cure a little, maybe 40 minutes. Then, do it again and see what happens. If you use two sheets of glass as your test substrates, apply one test by spraying and the other one by brushing. If your brush method lays out fine, then maybe my recoat observation is in error and it is an overspray problem. Better that I should be in error than you barking up a wrong tree.


From contributor M:
I'm thinking you should ask the guy who prepared it how much catalyst he used. He is the only part of your equation that is different.

From contributor P:
Wrinkling looks very different than the picture above. The finish actually has wrinkles in it. It often occurs when a second coat of catalyzed finish is applied over an un-catalyzed sealer or primer. In this picture, it occurred when a pre-catalyzed pigmented lacquer was applied over an existing paint of unknown chemistry. 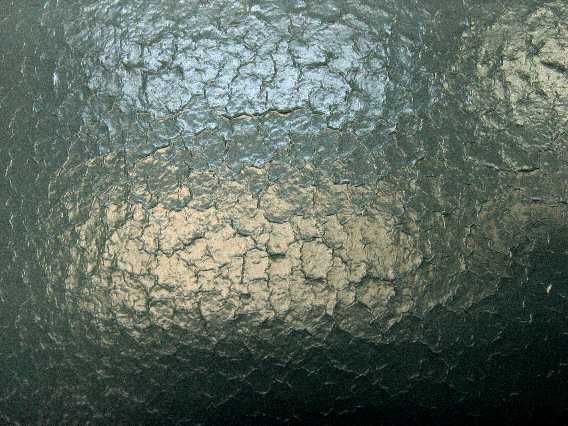 Dry spray produces tiny pebbles in the surface of the finish just like the texture in the photo. I have my own example, shown below, using a white pigmented lacquer. I like the questioner's example better. 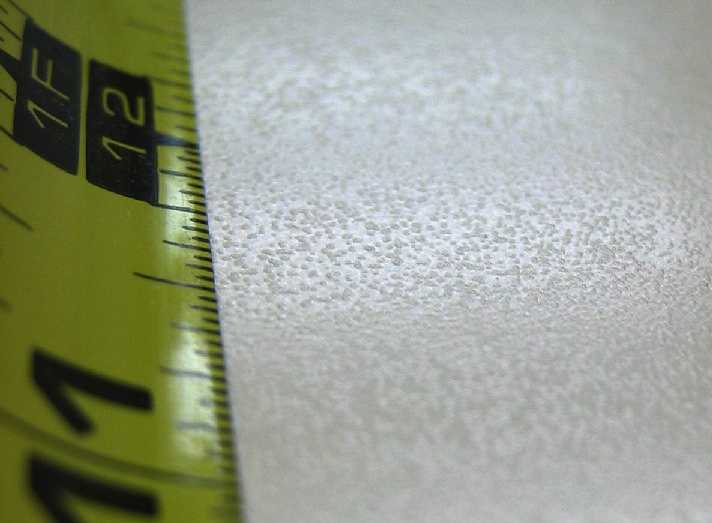 
From contributor J:
Somebody already suggested this but I just thought I would back him up so you don't go on a goose chase. Same problem as you're having. Solution.... much more thinner and a touch of retarder. They say that you don't have to thin the product from can consistency, some even say don't, but I find most pre-cats almost unsprayable without at least a 2-1 mixture.

From contributor N:
2 to 1 is excessive. 15% with lacquer thinner is about right. The retarder of choice is MAK and 5% will get the job done. Butyl cellosolve stays in the film forever whereas MAK releases very quickly. PM Acetate, IBIB, or Eastman EEP also work very well without the problems associated with butyl cellosolve. Trust me, I know all about slowing the flash off of coatings as I live in hell (aka Phoenix, AZ) and when it's 115F outside, you've got to make adjustments.

From contributor D:
I'm not ready to stand corrected yet. Soon, maybe. I still think that it's a recoat issue and not overspray. The finish did something. It may not have wrinkled, but the picture looks like the finish reacted badly with its undercoat, the previous coat of finish.