Cabinetmakers try to figure out how a large slide-out table works. August 31, 2010

Question
Does anyone know how the slide-out table below works? I have a client that is interested in something similar, but I'm not sure how to get a 92" table into a 24" cabinet. 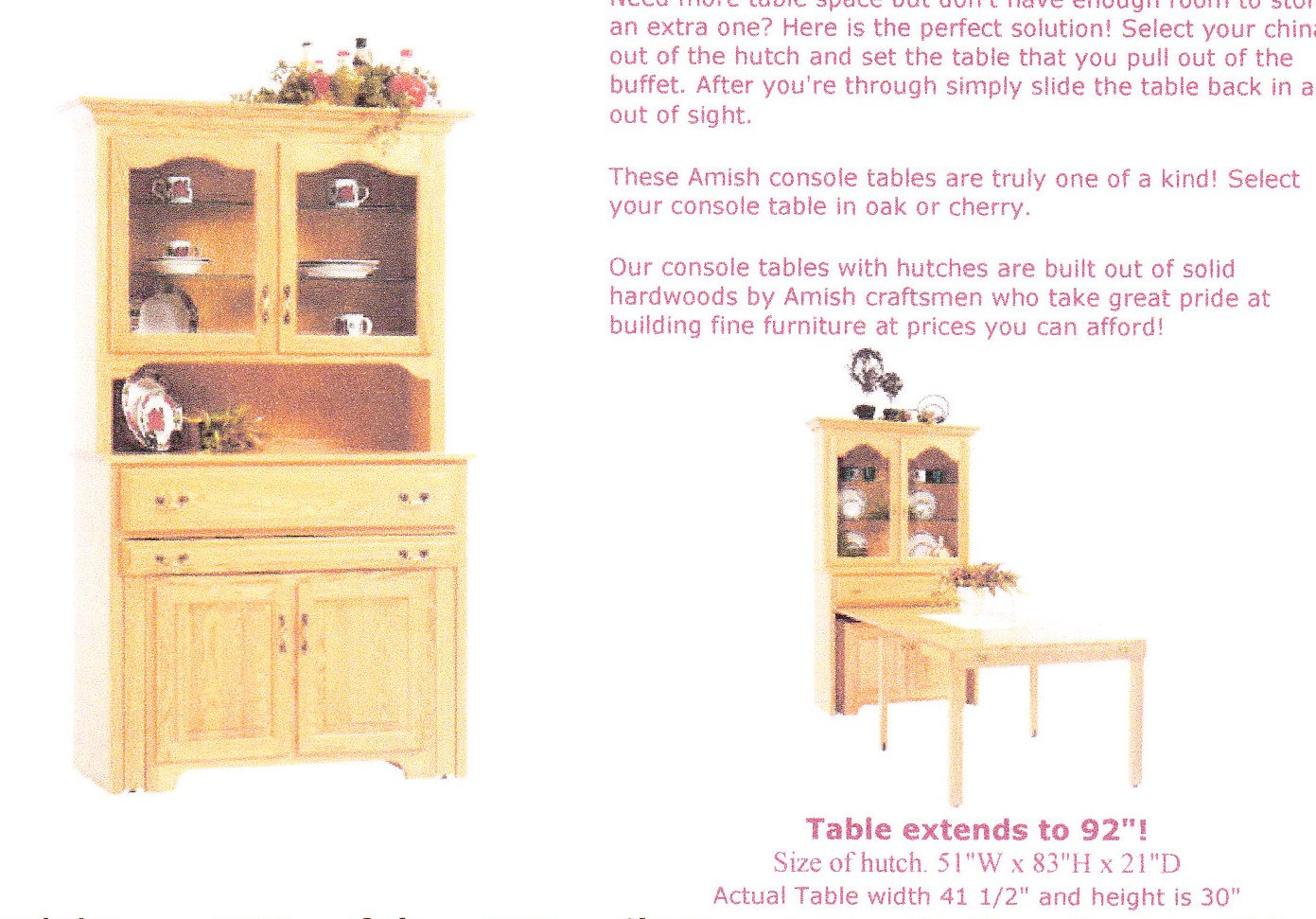 Forum Responses
(Cabinetmaking Forum)
From contributor L:
This should help a little bit, although I can't tell how it is supported.


From the original questioner:
Thanks contributor L. That does help some - the picture’s a little clearer. If anybody has any more ideas, let me know.

From contributor Z:
Go to Hafele and search "slide out table".

From contributor J:
Looking at the picture, my guess is that it's a set of many-sectioned table slides and several leaves. Tambour seems rather unlikely.

From contributor G:
There is another version of that cabinet that Indiana University used to use in married student housing apartments in the '60's and '70's instead of a fixed kitchen table. It used a tambor flexible top, like a roll top desk, that ran in a slot and then down the back of the cabinet. One pulled out the false draw front, the mulitpart stretch rails, which were concealed behind (and attached and supported by) that false drawer front came out, and the top (which was also attached to the false drawer front) rolled out automatically covering the support rails. You could pull it out and get a table anywhere between zero and about four feet long by the width of the cabinet. It is a really clever idea.

From contributor O:
The table illustrated is attached to the cabinet and happens because two parts of the cabinet separate. The lower false drawer front is free to pull forward. (There are no sides or bottom.) The two legs, which look like columns on the cabinet when closed, are attached to a horizontal rail attached to the reverse of the pull out false lower drawer front, and perhaps to the front itself. A multipart slide, of metal or wood has one end attached to that same horizontal member and its other end to a similar horizontal rail inside the cabinet, located at the back. They come in all sorts of lengths. When the false draw front is pulled out it is connected by a pair of those slide units which in turn support the leaves, which are stored behind the upper false drawer front. There are no aprons on the leaves, or if there are they are decorative. The support for the table is the beam strength of the two slide units, the front legs and of course the cabinet.

From contributor S:
Contributor O is correct. I recently encountered one of these doing a re-facing job recently. The client was very firm that the pullout table was to be included in the new kitchen. The table tops used barrel (Soss type) hinges and had to be 5/8ths thick to fit in the area between the apron and the top rail of the base cabinet. The slides were wood on the original. I was unable to source and went with 12 segment steel slides. The problem was they were not as stiff side to side as the wood was and the client had trouble getting that monster back in the cabinet. The kitchen overall was an easy re-face, that pull-out table on the other hand was a real pain.

From the original questioner:
Thanks for all the replies. My client, without any influence from me, has decided against the slide out table - probably a good thing.