Commercial architectural woodworkers discuss working with bendable substrates and plywood, including the issue of how to fill sections of the material to create a solid shape. August 15, 2012

Question
We're quoting a restaurant that has a corner booth with a 2" thick curved wall. We're planning on using 3/4" kerfcore on the inside/outside with 1/2" bending ply center. Because the booth goes from 40" on the front two sides to 54" in the back corner with a veneer top edge, we're thinking the easiest way may be to fill the top edge of the kerfcore with a solid material and sand it flat before applying the veneer. Has anyone had experience with filling kerfcore ends, or is there a better way to approach this?

Forum Responses
(Architectural Woodworking Forum)
From contributor P:
Why bother? Just use 2 ply veneer so it doesn't telegraph. If you gotta, use Bondo.


From the original questioner:
Thanks. The telegraphing concern is why we wanted to fill. We were concerned about the Bondo not holding up.

From contributor J:
I have never taken to Kerfcore. Had to eat a job due to some telegraphing a long time ago and just never wanted to try it again. 1/8th or 3/8 Benda ply here, CNC machined top and bottom plates with a touch of Bondo. 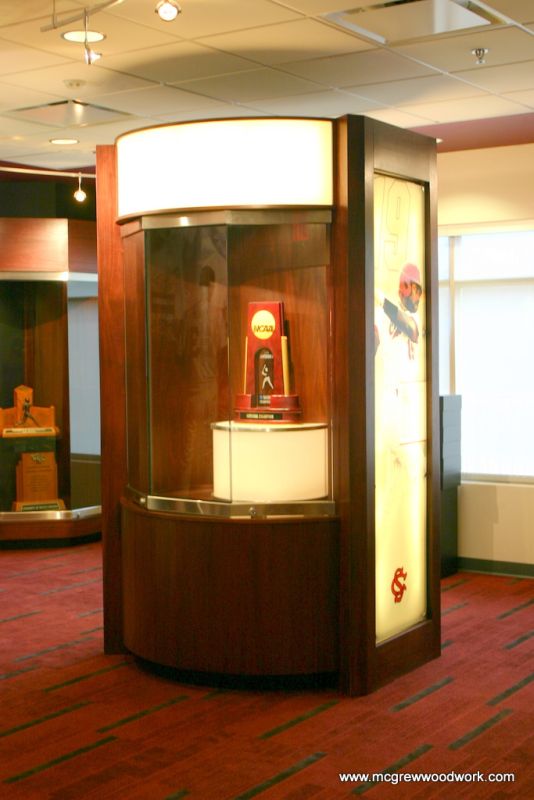 
From the original questioner:
Thanks. Because the wall is only 2" wide and 54" tall, we thought the Kerfcore would be easier than laminating the layers of bending ply. We're planning to use phenolic backed veneer to prevent the telegraphing on the face of the walls. You do some fine looking work.

From contributor J:
Thanks. I get called in on some pretty cool curves.

From contributor E:
How tight a curve were you doing when you got telegraphing in the Kerfcore? I just started a job with a 23" radius that I'll be using Neatform for, and now you have me a little nervous. Already bought the materials too. Specs say I'm well within the capabilities of the product but this is my first go with it. Always used wacky wood and Italian poplar in the past.

From contributor J:
It was both ends on a desk, 24-30 inch R. Even though we cut a ply form to the R, the veneer showed enough telegraph for rejection (cost me a bundle I could ill afford at the time). The rep said we should have back formed it with another piece of the kerfcore. I did not understand why 1.5" of thickness would be needed for the substrate. He further said we should have used the .5 thick instead of .75.

Oh well - it is easy enough to use the Bendyply and/or the poplar. (The fellow in the pic is a local contractor who loves lobbies for an office.) 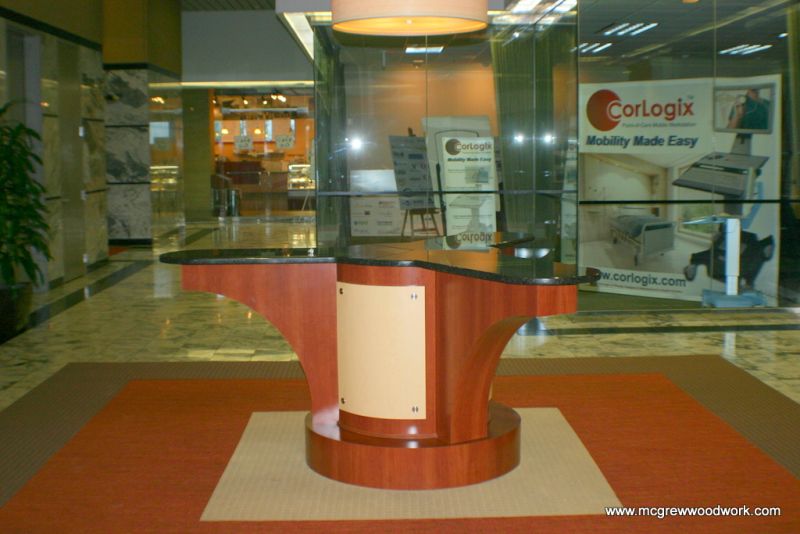 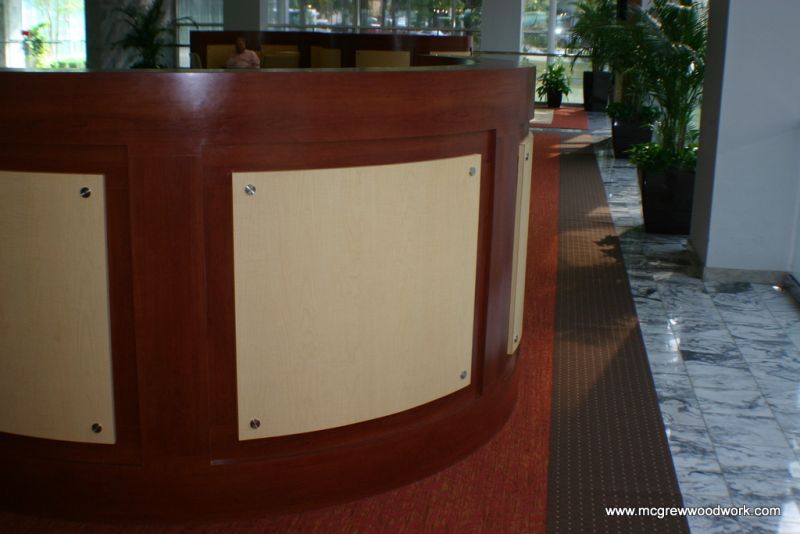 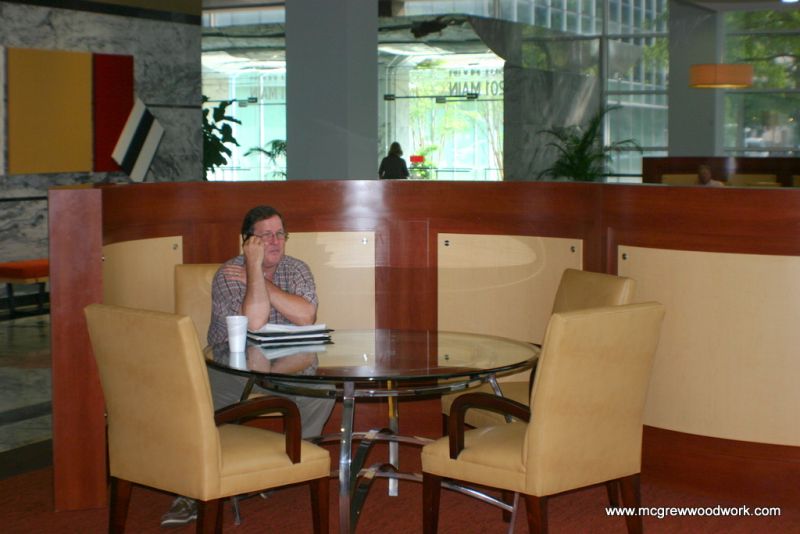 From contributor J:
It was mahogany and the product was called Kerfkore. There is no doubt it is a viable product, sold and used often - they could not have stayed in business if it was not. I just chose (after eating a $12,000 desk) not to use it again.

From contributor P:
The telegraphing is definitely a problem. I think on bigger radii it is not as much a problem, or when the material is laminate instead of veneer. What I mean is, was it the stuff with the bending poplar or the Masonite or the black paper? Was the veneer paperback, 2 ply, phenolic?

From contributor J:
It was paperback. Looked great initially, until we hit it with finish. In natural light we saw it. It was not major ugly, yet it was there and subsequently rejected. As with all our biggest mistakes, we had a chainsaw party so I would learn not to do it again!

From contributor C:
A chainsaw party sounds a little bit drastic. I suggest in the future donating any unusable to charity. Did you remake the desk? I personally stay away from bends so I don’t end up with issues such as these, although I do the bendy thing if the money is good enough. 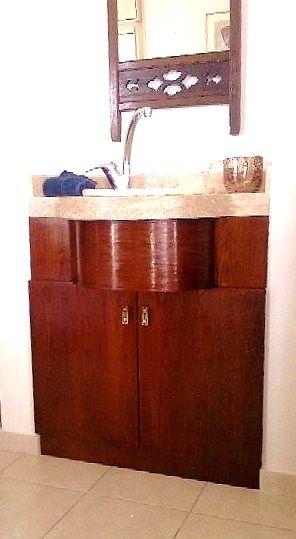