Need to find this plastic piece

I have a customer (school) that asked me to get more of these for them as they are breaking. I can't find them anywhere. Does anyone know what they are called or who manufactures them? They are a shelf support of sorts with a pin on each end and are 10" overall length. I've checked Tenn-Tex, Bainbridge and all the local distributors. None have ever seen anything like it. The one in the photo's is broken on one end. 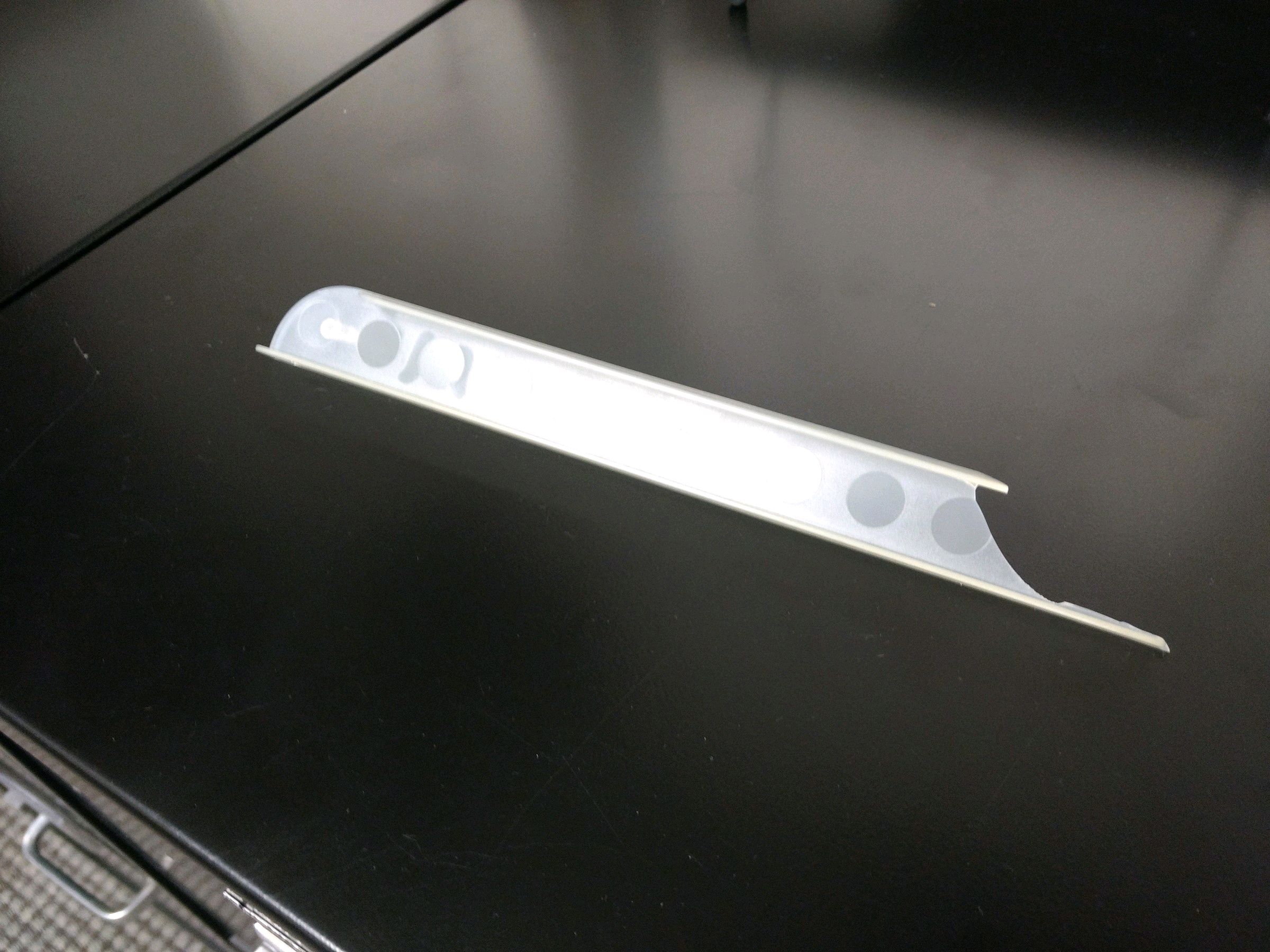 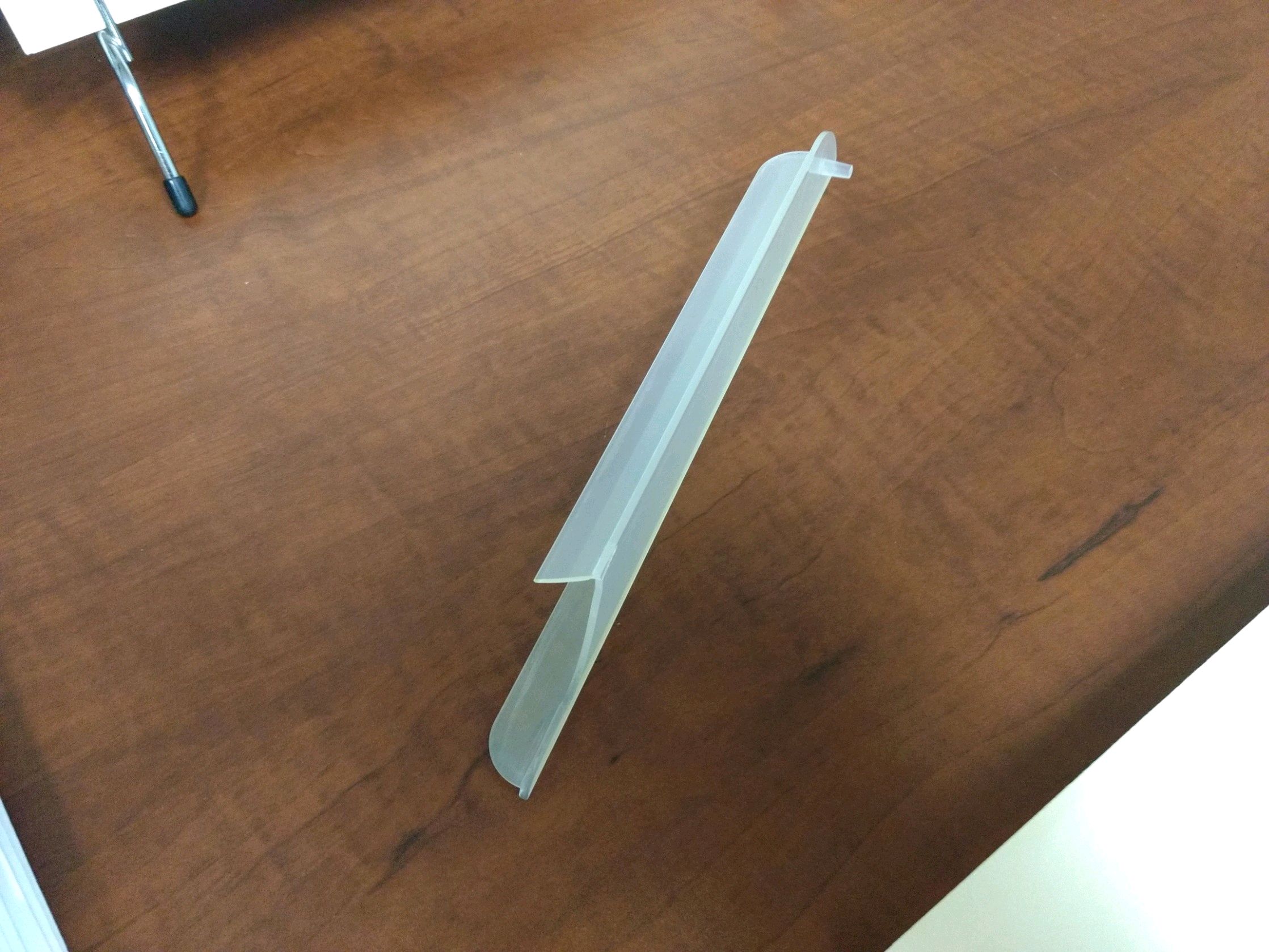 Can't you just add shelf pins in the cabinet holes to support the shelf?

I brought that up, but they pull out the shelves part way that are held in these sleeves.

Its crazy someone cant pull up the contract and the shops that spec' the details. I'd tell them to send it to their tech lab that likely has a half dozen grant funded high dollar 3D printers and make it a teachable moment for the students.

Negative on both Outwater and Hafele.

The school is looking for the original shop drawings, but they aren't having any luck finding those either.

MarkB, that's a good idea about the 3D printer. I have one, but they want 36 of these. If they have a class, it might be the way to go.

May be a dumb question, but would the filament out of a 3d printer be strong enough to handle that load???

Being that it's a school, with kids, and shelving with books (I assume), I think someone needs to pose that question.

Why not just use an aluminum "U" channel?

I would agree with Alan and use aluminum channel, but if appearance and consistency are important to your client, then perhaps it may be easier to find some kind of plastic or polycarbonate clear channel and fabricate what you need, than to find the supplier of an antiquated piece of plastic hardware.

Rounding off the ends and fusing a short plastic rod doesn't seem like a problem, unless there are hundreds of them.

Price them accordingly and you can either make some money or force your client towards a more practical solution, like aluminum channel.

You could find out who made them, only to find that they are not made anymore, and still be back at square one.

They are probably breaking because they are under engineered for the loads they are being used for. Even if you you could find these parts and replace them, they'll still keep breaking. I'd replace them with bottom mount drawer slides, which at about $3 a pair would be stronger and easy to install.

I'd suggest they were never engineered for pulling out the shelves and using these like a drawer slide. The original plastic U channel was likely just designed to keep the shelf from being pushed up and off the pins. If they want pullout shelves, cut down the shelves and give them drawer slides. Pretty high product liability situation if the shelves fall.

Maybe something like the attached. Whatever it is the design isn't suitable for the application, so if I was going to get involved I would do something that would have no liability from failure, would work as required, and cost what ever it cost to correctly solve the problem.

We don't know how this item got used in a school but its the wrong solution for the problem.

You job isn't to first save them money, your job is to make something that works, won't fall apart, and won't have a way of failing and causing harm.

If they are adamant about using the same junk, thank them and move on.

Just because no one has bee hurt so far doesn't mean its a good idea, it just means they were lucky.

I think it is correct to say that the original is intended as a shelf rest only with no expectation of leverage involved in sliding out shelves. The concept shown by Alan in the Hafele (plastic) product would be an answer but as Alan points out (see the Hafele specs) it is not suitable in itself.

Suggest you look at a metal supply for &#8539;" x ľ" (assuming ľ" shelves) aluminum angle or channel, mounted to the cabinet sides instead of the existing two pegs, and with a retaining screw on each side into the bottom of the shelf to prevent puling shelves.

The gibberish (&#8539) of course translated to one eighth, fractions and this format seem to clash.. If you don't have a local supply, I Googled extrusions and found that profile immediately. Cost may or may not be in your range, but it is readily available.