I have a job where ladder back toe kicks are called for spec and drawings show plywood, (medical) the arch came back after quote and showed treated ply toe kicks under certain sinks only.

in a meeting they are trying to tell me to use 2 x treated on all toe kicks. I have done this once before and the toe kicks did "Move" on that job i had a disclaimer at the bid and we removed 12 elevations and replaced them. with VCP.

I am looking for experience or a disclaimer or a blessing if it so be . 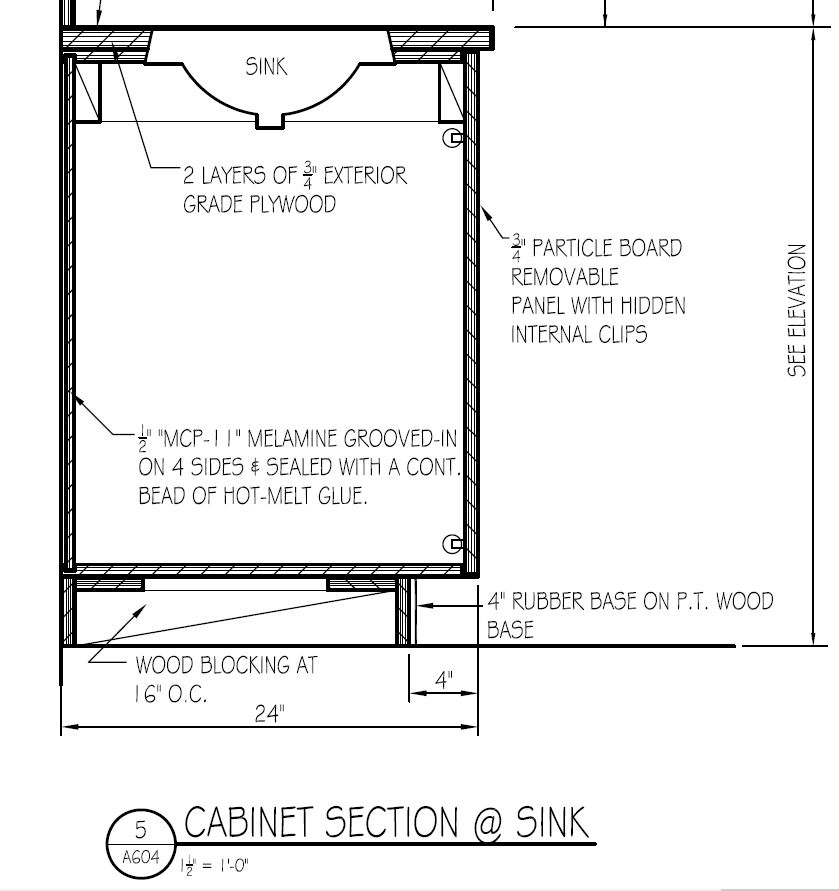 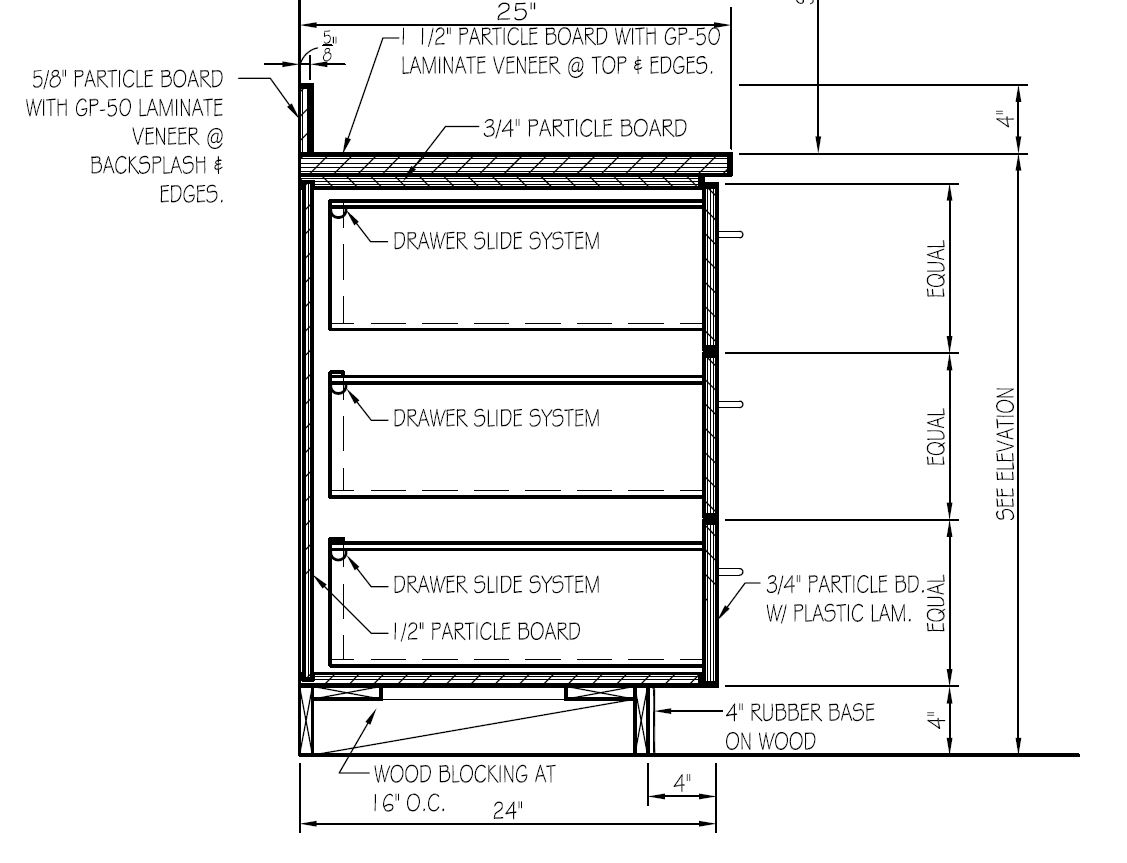 Could you use marine grade plywood?

Pressure treated is pretty typical in California medical facility's that are more than just a Dr.'s office / public works where it is attached to slab on grade because of moisture contact with the kick.

We also have attachment details we need to follow and on many jobs kick installation needs to be inspected to verify it confirms with the details.

Private work is not as restrictive.

Some of our jobs are Certified seismic installations that require specific screw and casework connection details as well as inspecting and documenting all backing locations.

We see the firms that do the larger medical facilities use the same details whether its required or not.

We rip a pressure treated 2x6 to a 4" kick with the cut edge up to the box.

What about something like Star Board which is essentially plastic.

What about. Azek type pvc flat stock they use for exterior trim?

What about moisture resistant MDF or Extira ?

Became aware of this material a couple of years ago, but have not had call to use it. Kiln-dried, treated yellow pine.

I guess the issue is why is PT material being called out. If the Architect or site is in a flood zone it could be to resist damage if some water gets in the facility.

If the facility uses foot pedals at the sinks then it might be for moisture resistance.

PT 2X lumber is used used in seismic zones to resist uplift in a shaker. It's possible that high wind/hurricane zones could use the same logic.

And it's possible that its a detail out of a can that is either what that firm always does or what they do because of a problem on a prior project.

Deciding on what to substitute depends on why the material is being speciifed.

None of the Above, Just a urology lab with welded seam floors.

architect knows i am right but makes her claim that the owner is being this diligent, i am working for the same owner on several other areas of the hospital and i am looking for a way for her to save face. technically the wood movement should be the factor, i have used exteria on wet labs (very we labs) and marine grade ply on others ( twice cost of VCP)

thanks to all but i think each of you has made my point ! again thanks

I have a few in the office we use for delivery when the building isn't dried in.

If you notify them of concerns in writing with their design detail and note that their detail is known to fail and proceed per plans and specifications at their direction, the future failure rests on them.

We spent a long time in arbitration once and our only failure was failing to notifiy someone at the executive level of the GC who could authorize the risk in writing of the potential future failure so we were responsible for their legal costs per the contract even though our concerns were in the meeting notes with the GC, ARCH and us and documented.

If a meeting says 2x and plans and specs say plywood we would ask them to modify the specs per a formal document.

Any movement that causes damage to any connection to the casework shall be the responsibility of the GC/owner/architect.

Call the GC in advance and the owner if you know them and apologize but tell them you need to send a letter waiving liability and blame your insurance company or lawyer.

Thanks Alan and All, I am sending an RFC (clarification this AM, this is a fast track Job and I needed some confirm, I also posted on AWI forum and recieved some helpfull calls as well will follow up.

Hello, I have been making ladder kicks with cabinet plywood . then attach 3/4 x 3/4 " plastic trim at bottom at front and back to provide barrier to moist floors. Just get it at Lowes in 1x4 or 1x6 and rip to 3/4.
Ed